Home » Blog » Local Innovation Fund: how we used our grant

Local Innovation Fund: how we used our grant 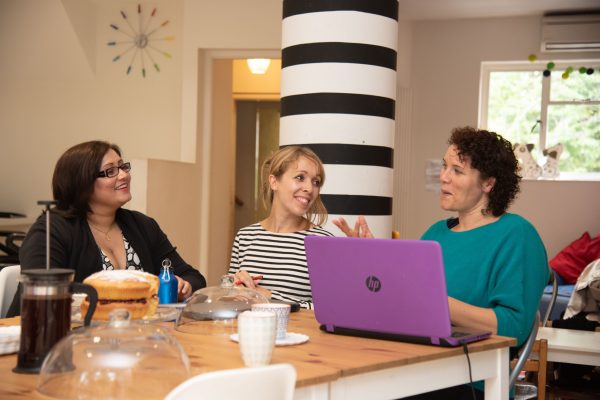 Now closed for proposals, LIF was a city-wide initiative which aimed to devolve decision-making to neighbourhood level, encouraging groups and projects to do things “differently in neighbourhoods to make better places to live”.

LIF’s awarding officers were looking for projects which supported the city’s four main priorities: children, jobs and skills, housing and health. The initiative encouraged new approaches to investment, active citizenship, projects that contributed towards clean streets, and the improvement of local centres. We thought BCM could meet all of those aims by nurturing the skills, resilience and sustainability of community projects and groups through collaboration and peer-to-peer support.

LIF money was allocated by ward. In our application we put forward our ideas to hold Community Matters surgeries in Bournville, facilitated by a paid surgery manager, delivered by volunteers, and with specific support on fundraising from bid writing experts Get Grants. BCM was started by volunteers living in this area, and our registered address is Stirchley Baths, so it seemed the logical place to start.

Between surgeries (which you can read more about here), we planned to hold ‘homework’ sessions, allowing groups to get together and talk about their mutual progress.

BCM’s ideas around peer-to-peer collaboration and support were found to be innovative – and we were delighted to be awarded a LIF grant.

We set to work building partnerships with local community hubs that included Bournville Hub, Cotteridge Church, Stirchley Baths and Masefield Community Hub, where we could hold surgeries and homework sessions.

Thanks to a further grant from the National Lottery’s Awards for All we were able to run surgeries more widely across the city, creating opportunities for people from different areas to meet.

We are a learning organisation. One of our early realisations was that we would need a critical mass of people engaged in the surgeries prior to holding homework sessions, in order to make the latter an equal success.

In the future we may run initial engagement events in new-to-BCM areas of the city to determine who is interested in surgeries, and then run surgeries (and possibly homework sessions) in response. Indeed, an Introduction to Fundraising workshop we held with Get Grants in September 2018 was fully booked and hugely successful, so this kind of event would be valuable in engaging new people.

One of our proudest moments came from supporting an exciting project in its infancy. ROAM facilitates children’s access to ‘unsupervised’ and unstructured play in the natural environment. Through a BCM surgery we were able to introduce ROAM’s founders to Business in the Community who put them in touch with a lawyer to help with their disclaimer form. They also met Emma Woolf, BCM’s chair, who was able to facilitate a special partnership between ROAM and Cotteridge Park.

Naomi Fisher, ROAM co-founder, said in a tweet after attending a BCM event in October: “Walking into [a BCM] surgery was a watershed moment for our @Roam_kids project. Thank you and keep it up”.

We have learned so much from our engagement with local community groups, active citizens and volunteers, and from our collaborations with host venues. We have seen partnerships form and flourish – and we are just at the beginning.

Thank you to Birmingham City Council’s Neighbourhood Development and Support Unit which managed the LIF programme. Many thanks also to Awards for All, and to everyone who accessed our surgeries either as a surgeon or patient (or both). Together we have developed an innovative, informal approach to supporting community groups, that is easily replicable anywhere.

Read about our forthcoming surgeries.

PrevPower of Little: the first 18 months of Birmingham Community Matters
Wizards and muggles: finding our way with terminologyNext